What's in your Epiphany? 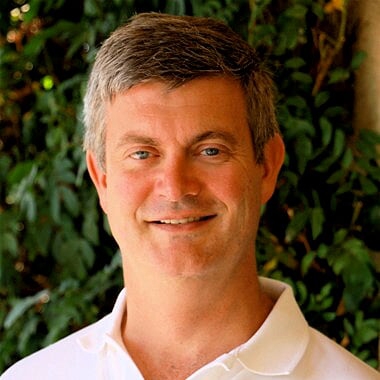 When I was in seminary, I did my field ed work at All Saints’ in Chicago under the Rev. Dr. (soon-to-be Rt. Rev. Dr.) Bonnie Perry. Like this All Saints’, that one has a very small sacristy, and a lot of people who feel as if they really need to cram into the room. One particularly busy morning was Pentecost Day. Bonnie was set to preach about Pentecost, and wanted to illustrate the surprise in breaking of the Holy Spirit by having the seminarian dress up head to toe in bright red, with a hat with flames rising from the top, and a bright red cape run in unexpectedly, singing “I am the Holy Spirit” to the tune of “I am the Heat Miser” from the 1974 Year Without a Santa Claus. And yes, there are photos.
In the middle of all the preparatory sacristy chaos, the senior warden walked in, said he was looking forward to the service, everything looks good out front, and by the way, what’s Pentecost? To be fair, where else do we encounter that word? The season of Epiphany has been with us for centuries, but many life-long Christians have no idea what it means, aside from the one from the familiar hymn, “In Epiphany we trace all the glories of his grace.” And that is no help at all.
Now despite the confusion about the season of Epiphany, if I were to tell you that I’ve had an epiphany, you probably know exactly what I mean. You’d know that I had a “eureka” moment. That I suddenly realized something important and true. Something big had been revealed to me. That I had greater clarity about something that makes a big difference. And that’s what Epiphany is all about, Charlie Brown. During Christmastide, we proclaim “unto us a child is born.” That’s nice. Epiphany is the answer to the unspoken question, “Your point being?”
The Day of Epiphany tells us the story of the three kings who follow a star to Bethlehem, presenting gifts worthy of royalty, but also of death and great sadness to avoid death at the hands of Herod. An angel warns Joseph in a dream to flee to Egypt. The actions of Herod and of the three kings reveal that they’ve had their epiphany already, and know who this child is, and how to respond. The Sundays of Epiphany give us a clue. One the first and last Sundays of Epiphany (January 12 and February 23 this year), just so none of us miss the point, the heavens open, the Spirit of God descends like a dove, and the voice of God the Father reveals “This is my son, my beloved.” And the February version, the Transfiguration, the Father adds, “Listen to him!” And Jesus’ face begins to glow.
The fact is that while Jesus was pretty interesting before that, it was when Jesus had his own epiphany in the waters of the Jordan River, when he had a leap of self-awareness and revelation, that he became truly effective in his own work and ministry. Epiphanies are transformative, because they lift the scales from our eyes, and show us as we really are, as we were created to be, glowing faces and all. The work of interim ministry is to facilitate Epiphanies in a congregation. For some, the epiphanies came long ago. For several, the first glimpse came in mid-January with the Healthy Congregations Workshop. Epiphanies always include disillusionment, because illusions are not truth.
What illusions are we still holding onto? What great glory does God have in mind for you personally, and for all of All Saints’, when we emerge from the water and have the Epiphany God has in mind for each of us? “Glory to God whose power, working in us, can do infinitely more than we can ask or imagine: Glory to him from generation to generation in the Church, and in Christ Jesus for ever and ever. Amen.” Ephesians 3:20,21 and BCP p. 102

Parents Day Out program operates Monday & Thursday from 9am to 2pm. Contact Wini Wood at winiwood@usa.net for more details.

Contact The Rev. Cynthia Caruso for more information (512) 476-3589 ext 110 or cynthia@allsaints-austin.org. Grief Support Group normally meets on the third Thursday of each month.

Usually meets every Thursday night, contact Robert Wells for location and more information at (512) 426-3304 or rw3115@gmail.com

More about services at All Saints' here

Thank you! Your request has been forwarded to a member of our communications team. If you have any questions, please contact the church office at (512)476-3589.

Welcome to All Saints' Episcopal Church! All Saints' is an inclusive community that encourages the exploration of faith. Whether you are new to Austin or new to church, there is a place for you at All Saints'. Children are welcome in worship services. All of our buildings have wheelchair access. Whoever you are, wherever you are from, whatever you hold dear, you are welcome at All Saints'. To better get to know our many ministries and activities, check out the most recent issue of our newsletter.

All Saints' Episcopal Church welcomes everyone to attend our services and events. On Sundays, greeters can give you information and help you find activities. We offer a variety of services and music styles on Sundays and throughout the year. We welcome and respect every person for who they are, and feel blessed to have a congregation that is diverse in many ways. If you are looking for a welcoming church home with no pressure, give All Saints' a look. Our clergy, staff, vestry, and many ministry leaders in the congregation serve the Austin community through their work at All Saints'.

Questions about getting here and getting around?

The All Saints' Lighthouse is the Children and Youth Ministry at All Saints', hosting Youth events and retreats, Sunday School, and Children's Chapel. All Saints' Episcopal Day School educates the minds and hearts of young children by providing a developmentally appropriate curriculum that fosters a love of learning in a spiritually inclusive environment. All Saints' Parents' Day Out program provides weekday childcare for children between the ages of 2 months to 3 years old.

“As you do it unto the least of these, you do it unto me.” At All Saints', we work as a community to serve in our community. In addition to our partnerships with local organizations such as El Buen Samaritano, Meals on Wheels, and Micah 6, All Saints' hosts Loaves and Fishes and Home Cooked Fridays, and coordinates many ministry initiatives that support our neighbors in a variety of ways.

Thank you for your gifts to All Saints'! Your gifts fund our ministries and mission to share the beauty and power of God’s transforming love through worship and service in the world.

You can give online using our secure giving system, provided by AccessACS. Choose "Give Now". Fill out the form, including dollar amount, fund, and email address. You may log in to have the gift post to your member giving record, or you can always give as a Guest without logging in.

Thank you for making a financial pledge to All Saints'!

Your annual pledge is a commitment to give your time, talents, and money as an expression of faith and a personal response to God's generosity. When you pledge, you are making a statement of intent and support for the mission and programs of All Saints'.